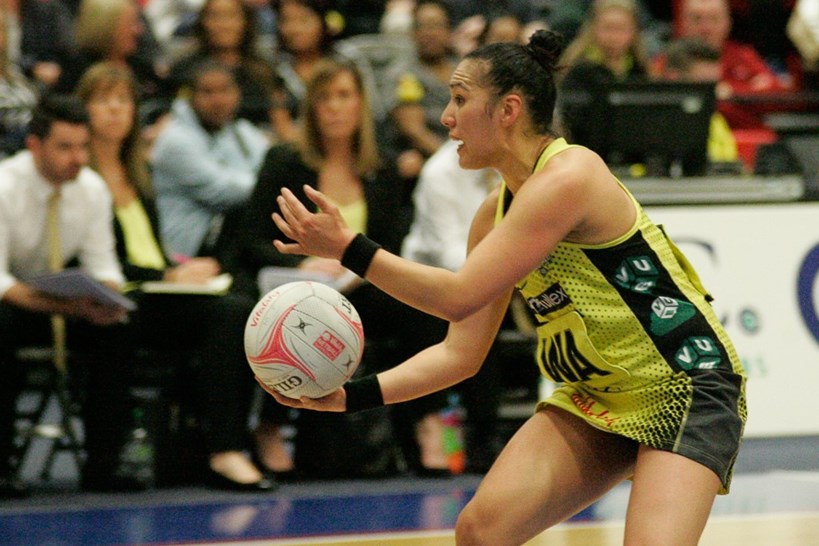 Leeds Rhinos Netball have announced the appointment of former Silver-Fern Liana Leota as the club’s new director of netball on a three-year deal.
The New Zealander, 37, succeeds head coach Tracey Robinson who is set to return to Australia later this month following the end of the season which saw the Rhinos finish in sixth place.

Leota has played in the Vitality Netball Superleague since 2016 and won the title with Manchester Thunder in 2019. The centre-court player signed for Severn Stars the following season where she went on to make 34 appearances.

In New Zealand, she captained numerous clubs in the ANZ Championship over a 13 year period. She earned 41 caps with her country and was a gold medal winner at the 2010 Commonwealth Games.
Commenting on her deal with Rhinos Netball, Leota said: “I am very excited to be joining the Rhinos and for this new chapter of my life that I am ready to explore.

“I think it is key to be joining the at such an early stage of the franchise where I can add my own flavour and mix a few things. The joy of having such a young franchise is that we will be learning and developing together. It definitely makes things easier to instil new things and bring my own ideas but also to build on what they have already achieved.

“I met with Dan Busfield and Gary Hetherington at Headingley Stadium and they took me through all their Rugby history. For me growing up in New Zealand, rugby and netball sit side by side. The whole ethos around the club was something that influenced my decision to join. We have very similar values, work ethic and key at building relationships. Their family first approach has always been my way as a player and as a person.

“I have really enjoyed my time at Stars, they have welcomed myself and my family with open arms and I have really been embedded in the franchise. It is sad to leave, but for me this moves me closer to our home and gives me more time with my family. It's exciting because as I step away from playing I am now joining a new franchise in a totally different role and I am looking forward to the new challenge.”

In 2021 Leota joined the England Roses coaching staff as Technical Coach and this year will be part of the staff for the 2022 Commonwealth Games in Birmingham. This will be her first coaching role in Superleague.

Dan Busfield, franchise director of Leeds Rhinos Netball said: “We are delighted to confirm Liana as our new director of netball and are looking forward to working with her in the future to grow our young franchise and challenge for honours in the Vitality Netball Superleague.
“Liana has enjoyed an outstanding playing career and is now forging her way in coaching and I know many of our players who have worked with her with the Roses speak very highly of her. We are pleased she has decided to take this next step in her career with the Rhinos.

After meeting with her we knew straight away that she was the ideal person to lead our team. Her experience, enthusiasm and knowledge will be a great asset to the club.
“I would once again like to thank Tracey Robinson for all her hard work both with the first team and in supporting the franchise as a whole. Her insights and work behind the scenes leaves us in a healthy position to develop moving forward.
“Liana will now begin the recruitment process for our 2023 squad, with the support of our Assistant Coach Maggie Birkinshaw, as we build towards our third season in the Vitality Netball Superleague.”