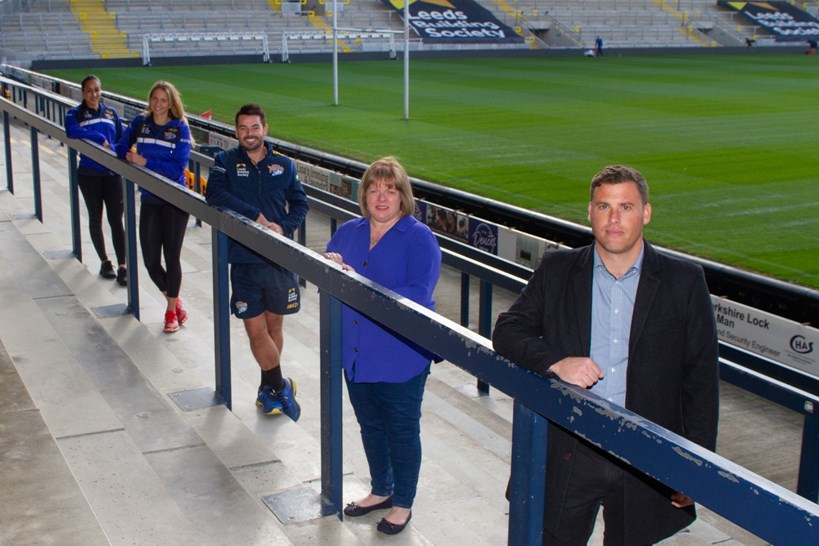 Leeds Rhinos Netball are proud to announce a new partnership with Yorkshire Netball which will see the two organisations working closely together to help develop the sport, enhance development pathways for players, coaches and officials and advance performance standards in clubs throughout the region.

In 2018 Leeds Rhinos Netball were awarded the England Netball Pathway for Yorkshire and last year were granted a Superleague franchise. Alongside the responsibility of representing Yorkshire at an elite level, the club have made clear their intention to form strong connections with the netball community across the Region.

The new partnership will see Leeds Rhinos Netball delivering bespoke coach development programmes for talent identified coaches and officials from within the region and offer support and guidance for current and aspiring performance clubs to help raise the standards in all aspects of performance netball. Leeds Rhinos will also provide other unique opportunities to share knowledge, insights, experiences and best practice processes to help further enhance netball’s growth in the north.

Dan Ryan, High Performance Director & Superleague Head Coach at Leeds Rhinos Netball said: “There is some amazing collaboration taking place at the moment between Leeds Rhinos, Yorkshire Netball and our 4 Yorkshire counties and we’re very passionate and committed to working together and supporting each other as best we can. This region is our home, we represent all of Yorkshire and we want Yorkshire Netball, the counties and all of the members, right by our side every step of the way.”

“With the recent growth of the sport in the past few years and with the region now finally having elite netball back again, there is no better time to partner up and support each other to make this region a real powerhouse. There is serious power in numbers so we want to be accessible to all and support the growth and development of the regions players, coaches, clubs and help them all fulfil their potential.”

“Working with Lisa Woods and her team at Yorkshire Netball, I know there is excellent synergy and a shared vision so we are both very excited about this partnership and the positive impact it can have in growing netball in Yorkshire and the individuals in it. There are many passionate and talented players, coaches and officials in Yorkshire and we are looking forward to working with them and supporting them as they take the next step in their netball journey.”